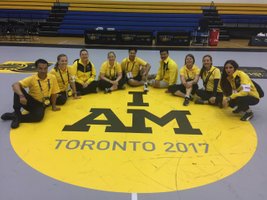 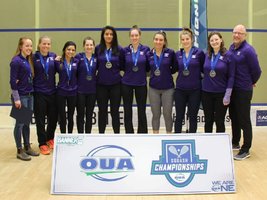 Heather holds a Kinesiology degree from McMaster University and a Physical Therapy degree from Queen’s University. She was recognized as an OUA Academic All-Star while playing badminton, squash and ultimate for varsity teams. Shortly after she entered the Osteopathy program at The Canadian Academy of Osteopathy (CAO) in Hamilton, Ontario and completed her Masters Diploma in Osteopathic Sciences (2010). Heather later accepted a position as an Instructor at the CAO assisting and leading practical labs and instructed courses on Medical Sciences, Orthopaedics, Essentials of Diagnostic Imaging and Professionalism.

During her osteopathic educational studies, Heather worked in a variety of rehabilitation clinical settings including institutional, community, private practice and on-field sports medical care and in 2007 opened Scugog Physiotherapy Centre in Port Perry. In 2018 the clinic was relocated to the current location in Uxbridge under North Durham Physiotherapy. She believes in treating the cause and root of the problem and not just the symptoms.

More recently Heather returned to the University of Western Ontario and completed her Masters of Clinical Science in Advanced Health Care Practice (2019) and completed advanced orthopedic Manipulative Therapy certification attaining the FCAPMT designation and membership into IFOMPT. Her research project involved ACL Reconstruction risk factors for re-rupture along with return to sport testing. While attending she was also a member of the women’s varsity squash team winning an OUA team silver medal and an individual National A Championship title.

Heather has a keen interest in sport and has attended several professional development courses and symposiums pertaining specifically to sport injuries involving cycling, running, triathlon, golf, pediatric injuries and sports taping. She is currently completing her Sport Therapies Diploma from the International Olympic Committee (IOC) as well as an Elite Mental Health Certificate. She has worked with a number of National and Olympic level athletes helping to recover from injury and improve performance. She also has her Complete Concussion Management Certificate.

Heather was selected as a Lead Medical Practitioner for the Toronto 2015 Pan Am and Para Pan Am Games as well as the Venue Medical Lead for the 2017 Invictus Games and 2022 Niagara Canada Games. As a result of these experiences, Heather has continued to provide medical services as a Medical Manager and Chief Therapist to a number of other international events. In 2018, she received a Badminton World Federation medical award presented by the BWF president for her efforts with the World Junior Championships.

Heather continues to be an avid athlete and enjoys competing at a national and international level in a variety of sports. She has competed several times with the Canadian National Age Group Triathlon Team with a personal best of 9th in the World Sprint Championships in 2014. She has won badminton championships at the US International Masters and 2015 European Masters in Nice, France. She has also competed at the USA Masters and World Masters Games in Turin, Italy achieving podium finishes in a variety of sports. More recently she was selected to represent Team Ontario at the 2020 Canadian Masters Team Squash Championships winning a bronze medal.

In her spare time, Heather enjoys travelling and being active with her family. In the past she has taken the opportunity to travel extensively exploring numerous countries and cultures and completed a unique physiotherapy work placement at the Royal Infirmary in Glasgow, Scotland. Another highlight for Heather was being selected to represent the Durham region as an Olympic Torch Bearer for the Vancouver, 2010 Winter Olympics. She aims to be a therapist at future Olympic Games and hopes to help other athletes achieve their athletic goals!